THE HISTORY OF SCRIBING

When, why and how did FICEP introduce its patented scribing application?

Beam lines (punching and drilling), when introduced to the structural steel fabrication industry, drastically reduced a fabricator’s cost per ton. The cost reduction was realized by the elimination of the layout associated with the required holes and in the process also reduced some of the material handling. A by-product of this technology (digital and later NC) was by short stroking the punch or drill, a mark could be generated to indicate a coordinate location. By combining several of these manually generated layout marks the fitter could more or less “connect the dots” to indicate the true location of a stiffener to be welded or a cope to be generated, for example. Because of the extensive manual programming that would be required to generate a recognizable location for a fitter, in practice this was not utilized by the industry.

As the control technology passed from numerical control (N/C) to computerized numerical control (CNC), these systems were now capable of not just positioning point-to-point but controlling more than one axis in synchronization with another axis. This control capability existed for sometime before someone decided to take this capability to the next step.

Recognition of the Concept and the Benefits

In 2004 FICEP realized the labor saving component of a drill line was yet to be fully realized. As fabricators struggled with the ability to employ qualified layout men, they realized that they needed to be able to utilize the positioning capability of a CNC controlled drilling line to eliminate the manual layout process.

It was decided to develop a tool that would use an inexpensive 4-sided carbide insert that would generate a high speed milling function that would just mark or scribe the surface at speeds up to 20 meters per minute (65 feet per minute). In view of the mill tolerance variables that are normal in structural steel sections, the tool was designed to float to maintain a consistent depth of penetration for marking. The mark penetration of the tool was designed to also be adjustable so that deeper penetrations could be achieved for part marking of material that was subsequently galvanized.

Advancing the Efficiency of the Invention

The shop labor savings that fabricators realized by implementing this soon to be patented technology was fantastic as it addressed the root of the challenge of not being able to hire qualified layout men in sufficient number. Unfortunately, there was some considerable manual programming labor that was added to the process that did not exist prior to scribing. All of the scribing information now needed to be manually programmed as a series of lines and arcs. It became apparent that the labor that was being saved on the shop floor was being added in the programming office.

FICEP, wanting to push the pioneering of its scribing technology, realized that to make scribing a cost effective tool for the fabricator, they needed to automate the programing function associated with the generation of the CNC program to create the scribing. If this invention could not be realized, scribing would die the same kind of death that happened in the industry years before when fabricators thought about using individually generated layout marks.

FICEP and Steel Projects, a 100% owned FICEP Group firm who is totally committed towards the development of software to organize, automate and track the structural steel fabrication process, got together to tackle the challenge. During this time period CAD firms started to further develop their detailing software around the 3D model of the designed structure. From the 3D model the data to generate the required holes in all of the components were able to be downloaded automatically as a DSTV or later as an XML file. Both Steel Projects and FICEP realized that the real power of the 3D model was the relationship that existed between sections as to how they intersected with each other within the model.

Understanding the ability to grow the scribing invention to a practical level, both FICEP and Steel Projects started to develop the software to extract the intersecting points from the 3D model.

This then evolved to generate the CNC program automatically from the 3D model to produce the required scribing lines. This included layout marks, the reference number for the intersection member, a matchmaker to define the orientation and welding symbols to clearly indicate to the fitter the orientation of the mating part or section and the welding requirement.

FICEP and Steel Projects filed for patent protection on this unique invention in the United States, Canada and Europe. On July 5, 2011 the United States Patent Office issued patent #7,974,719 for this invention. 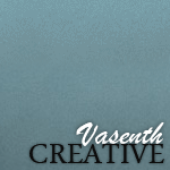 All stories by: webmaster
FICEP Lean Manufacturing
“DONE IN ONE” MANUFACTURING